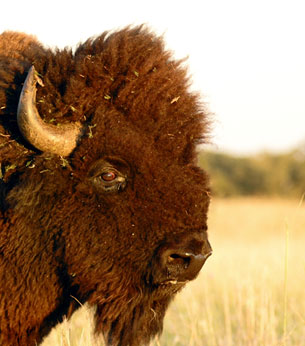 Raised in a loving non-Indigenous family, Sandra discovered and embraced her ancestral and cultural roots later in life. Like many displaced Indigenous people, honouring her proud lineage is important to a woman whose birth heritage was lost through time and circumstance. Her culture influences her every step through life and she has grown into an active and passionate advocate for Indigenous culture. Her life journey in both the non-Indigenous and Indigenous worlds has given her a unique perspective and opportunity to bring people together on the path towards reconciliation.

Sandra is the Aboriginal Partnerships Manager for PTW Energy Services. She sits on several Indigenous serving boards and committees across Canada all of which support her work as a Liaison and Servant Leader as well as her concurrent career as an Award-Winning recording artist, poet, author and film producer. In 2019, Sandra was recognized by WXN as one of the Top 100 Most Powerful Women in Canada. With decades of experience as a servant leader and volunteer, Sutter’s humble and inclusive leadership style continues in her work on the National Indigenous Economic Development Board, The Canadian Forces Liaison Council (Alberta), the Métis Women’s Economic Security Council (Alberta), Careers, the Next Generation and the Employment Equity Task Force. Following is a quote from Greg Young, former President of PTW Canada “For Sandra there is no separation between work and passion. She unceasingly promotes young women in and into the workplace. She leads with a down to earth, gentle presence and encourages Indigenous women in particular to become leaders as well”.

As a recording artist, Ms Sutter continues building bridges through music. Her truth and reconciliation focused music, Cluster Stars, and her November 2020 release, Aurora 12, have been nominated for numerous awards, receiving an inaugural ISSMA, two SSIMA’s, an IMA, and a NAMMY. March 2022 saw the release to the Film Festival Circuit of her short film, A Woman’s Voice which has garnered over 30 nominations and 12 awards so far. In June 2022 she released her new single, Midnight Serenade.

Sandra was also honoured with an Esquao and an Aboriginal Role Model of Alberta award in 2019.

Scott McLeod is a proud member of the Songhees Nation, located on the Southern Tip of Vancouver Island. Scott has established his career in Indigenous Relations, Community and Business Develop over the past 15 years throughout Canada. Scott has worked from all sides of the table including Government, Industry, Indigenous Administrations and Internationally. Scott’s passion continues to provide valuable contributions towards economic reconciliation, capacity development and increased sustainability in community.

Regan is Engagement Lead with Indigenous Relations at TC Energy.

A bio for the CEO of NineIrons Solutions is coming soon.

Todd’s passion is the relationships he has the privilege of maintaining as he has spent his entire career in customer and stakeholder relations to add to his extensive background in team sports.  Todd currently is employed for a major Canadian energy producer which he is proud to serve with their Indigenous and community relations team.  Born and raised in Alberta he remains active in athletics, having recently competed in Auckland, New Zealand at the “World Masters Games” in basketball.  Todd’s most important role is that of a proud husband and father of two young ladies.

Todd is particularly thankful of the time served on the CFAR Board of Directors.  “I’ve had the opportunity to work with many uniquely talented people in my years with CFAR.  I am particularly proud of the team we currently have in place.  We have a very accomplished and eclectic Board of Directors serving with the best Executive Director and Events Coordinator team around.  We’re also blessed to have an expanding team of gifted and energetic volunteers.  This just blows me away when they’re there to eagerly and unselfishly help our organization.”

Board Members at Large

Chad is the HR Director and Indigenous Liaison for Pipeworx Ltd. With 25 plus years of experience, Chad is a service-oriented and empathic leader who is dedicated to delivering outstanding human resources solutions. Passionate about helping employees and local indigenous communities to succeed. Exceptional analytical skills with the talent to reduce redundancy and improve efficiency to achieve organizational objectives. Broad experience building several departments from the ground up, including human resources, quality control, and Indigenous relations departments. Serve as an agent of positive change, delivering value-added policies and procedures to improve company operations and personnel performance. Personable and diplomatic team builder with exceptional interpersonal and communication skills who builds strong rapport with colleagues, employees, clients, and community members.

Craig is an Indigenous Engagement Consultant, Director, and Board Member with over 25 years of senior expertise working on high valued projects. (BC, Alberta, Saskatchewan and Northwest Territories).  He has successfully negotiated and launched Joint Venture Partnerships between First Nations Right Holders, corporate clients, service providers, third party contractors and vendors. He is highly skilled at negotiating beneficial agreements and building relationships between clients, project stakeholders and Indigenous Communities.

Janel works with CP Rail in Indigenous Relations. A bio is coming soon.

Lorne Ternes provides counsel to diverse senior elected and appointed government and Aboriginal leaders and Industry decision makers. He has a reputation for delivering successful outcomes to complicated conflict situations through collaboration and innovation.

Working as a land agent gave Lorne insight regarding the necessity for effective management of the changing resource industry and community expectations. He appreciates his early work experience for providing a solid foundation of understanding regarding the intricacies of oil and gas resource development in Canada.

“Bringing Aboriginal perspectives alive is one of my great passions. We need to understand each other and our shared history before we can have meaningful conversations and collaborate for an honourable future. It is a pleasure to speak at conferences and seminars and build those bridges of understanding.”

Serving as part of the team that negotiated and drafted the Alberta Métis Settlements Legislation and over a dozen land claims represents high points in Lorne’s career. The same is true in his role as Lead Negotiator for Meadow Lake Tribal Council and Meadow Lake First Nations in self-government negotiations in Saskatchewan. These are examples of working with Canada’s laws to facilitate change benefiting a previously overlooked people without denying the rights of any other sector.

Working with the province of Alberta, resource developers, First Nations and Aboriginal communities, in developing policy, legislation and a variety of agreements and understandings gives Lorne a front-row view of the continued importance of respectful negotiation.

Lorne was appointed by the Cabinet of the Government of Alberta as a Part-Time Hearing Commissioner between 2013 and 2018.

Lorne teaches seminars at the University of Alberta’s School of Business, lectures regularly at the Banff Centre, and speaks at national and international conferences.

He was awarded a 2008-09 Aboriginal Affairs and Northern Development Deputy Minister’s Pride and Recognition Award and the Alberta Premier’s Award of Excellence (Silver) in 2010.

He is a member of the Law Society of Alberta, the Canadian Bar Association (CBA), International Right-of-Way Association, Alberta Chamber of Resources and the Circle for Aboriginal Relations (CFAR) Society.

Dr. Patricia Makokis resides on Saddle Lake Cree Nation with her husband Eugene.  Pat currently works as a private contractor and is semi-retired (hard to do)!  She has years of experience in teaching and program development and delivery.  She is one of the development and delivery team members of the Indigenous Community Industry Relations Certificate (ICIR).

The ICIR certificate is a partnership between the University of Alberta and CFAR and is designed to assist in building better relationships between industry, governments and Indigenous peoples. The program is team taught with Indigenous scholars and Elders and several of the courses are land based.  All who work in business development on the traditional lands of Indigenous Peoples’ should consider ICIR.  It is all about enhancing Indigenous Business Development.  Having worked in Business Development most recently, Pat understands how critical those relationships are in understanding and working with Indigenous Nations.

Pat believes in life-long learning and works with Elders, ensuring curriculum development and instruction is holistic, and incorporates Indigenous instructional methods and age old ways of knowing. She sees herself as a servant of the people and works towards a better humankind for all.

One of her most recent works was being a team member in the production of the film, TREATY TALK: SHARING THE RIVER OF LIFE.  www.treatytalk.com   An off shoot of the film was the walk entitled, WALKING FOR COMMON GROUND. Pat and others are walked from Edmonton to Calgary from May 31, 2019 to June 14, 2019.

Todd Pruden is the CEO of Dreamline Canada Inc. and AWS Group. A bio is coming soon.